The threats out there: Have you considered their impact?

Oct 28, 2012–Hurricane Sandy hit New York, America’s largest city. The consequences were disastrous and resulted in a shutdown of a city of 8.6 million people. Places that weren’t supposed to ever close, such as major hospitals, had to be evacuated. It was from the intense flooding of the city that many large corporations and hospitals discovered an unanticipated vulnerability many had never considered: the massive banks of batteries that support uninterruptible power systems and backup generators are located on the lowest floors of buildings at risk of flooding. The flood waters that poured into underground tunnels and subways also poured into the basements of downtown buildings, incapacitating what was a key part of standard disaster recovery plans. Electricity to Manhattan was not fully restored until six days had passed and many emergency power sources were disabled.*

Think you are not subject to hurricanes? Far from a floodplain? Not near tornado alley? In a tectonically stable area? Don’t rest easy. How about the Great North American Ice storm of 1998.

“From January 4 through January 10, 1998, a devastating ice storm with high levels of precipitation moved across a broad, high-population area, from eastern Ontario to southwestern Quebec,…(as well as northern New York and parts of New England).

According to Statistics Canada, the heavy ice load brought down more than 30,000 wooden utility poles and toppled more than 1,000 transmission towers, of which 130 were major structures.

Approximately 90% of the 4.7 million people affected by the region-wide power outages lost electricity for more than a week, some for as long as a month. “ **

The point here is that no matter where you are located, you will be vulnerable to extreme natural disasters. And even if you never experience a disaster where you are, the interconnectedness of our digital business community and the extensive long distance supply chains make us vulnerable to events half a world away.

Think of the supply chains for American manufacturers that were cut as a result of the earthquake and tsunami that hit Japan in 2011. As the Harvard Business review noted a few months after the event,

When a natural disaster hits, relief organizations such as the Red Cross and Doctors Without Borders swing into action with crisis-response plans that have been honed, refined, and improved with experience.

Not so manufacturers and their complex webs of suppliers, who in many cases lack that same experience or large-scale backup plans. The result: a chaotic scramble resulting in production delays, product shortages, and higher prices.***

All of these examples are strong evidence that every organization, small or large, needs to recognize the need for a comprehensive Business Continuity plan. Call centers and contact centers are extremely vulnerable. They rely very heavily on multiple platforms and tools, and are expected to be operational 24/7.

They may also be heavily invested in one single geographic location, which can leave them especially vulnerable. Call and contact centers have a profound need for carefully crafted business continuity plans. It is also important to be aware that various regulations and laws may influence your plans and some laws and precedent may imply that responsibility falls to individuals and organizations who fail to take adequate steps to protect their company’s interest against potential threats. So, don’t put off developing your plans. Too much can be lost when something happens. And it will. 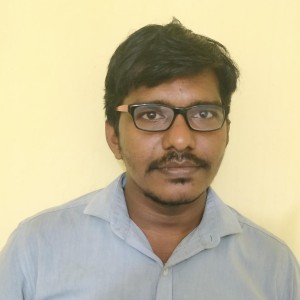 I’m Venkat Nagaraju; I work for Medha Hosting as a Windows /Linux Sysadmin and Cloud Consultant. I cook and listen to music. When I’m not doing all those, I love to share tricks and tips on the Internet. My world revolves around Windows & Linux Servers, and Cloud Technology.
All Posts »
PrevPreviousWhat is a business continuity plan?
NextWebsite cloning: Don’t fall for that trap!Next